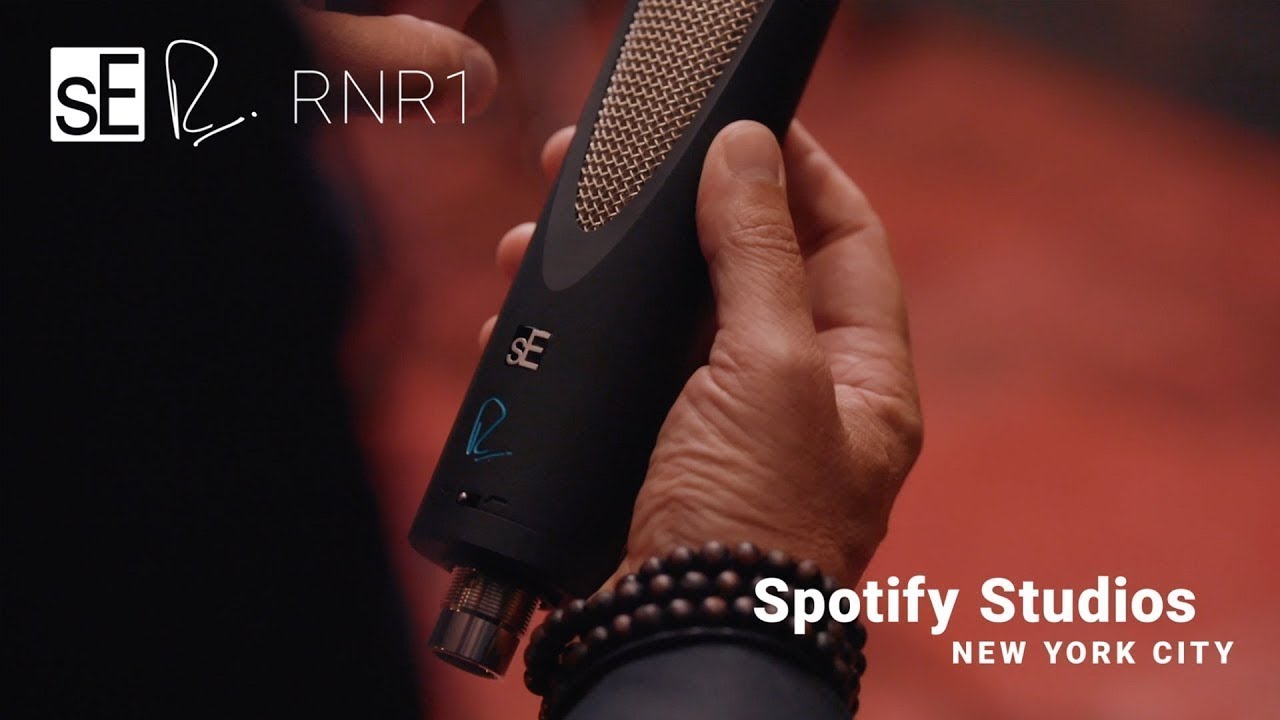 In this video, Spotify Studios’ Chief Engineer William Garrett sits down with us to discuss how they use the sE / Rupert Neve RNR1 active ribbon microphone.

With over 100 million users worldwide, Spotify is a household name is just about every country in the world. Their NYC offices are home to the world-class Spotify Studios, which has produced hundreds of recordings over the last several years for the series Spotify Singles with artists ranging from John Legend to Sting, Miley Cyrus to Maggie Rogers, Ed Sheeran to Tony Bennett – the list goes on with over 1.5 billion streams to date.

In 2018, Spotify Studios’ mic locker was upgraded with a large assortment of mics from sE Electronics, including the entire sE / Rupert Neve Signature Series.