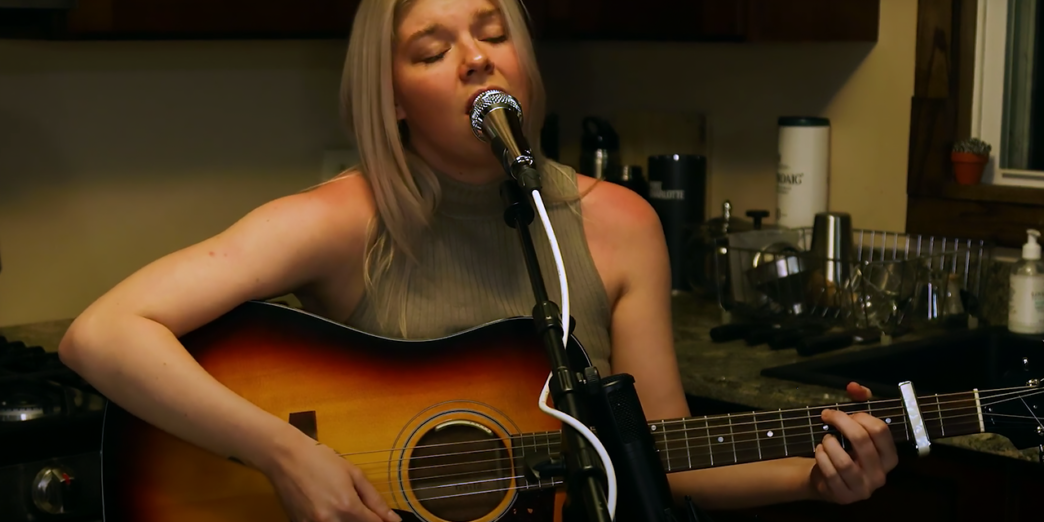 Every year, various media outlets compile lists of the most interesting neighborhoods in America. And every year, East Nashville seems common to all such lists. It’s a small corner of the city, where you’ll find dive bars among foodie restaurants, and most importantly, lots of small independent music venues.

The East Nashville Podcast sprung up about a month ago, highlighting artists who frequent and perform at these venues. Episode #4 was recently released on YouTube, featuring pop-country artist Megan Wilder. The podcast begins with a live music segment, in which Megan performs her latest single, “If I Knew.” Her guitar and vocals are recorded with a sE2300 condenser, and V7 dynamic vocal mic, respectively. These two microphones blend nicely, capturing every detail of her powerful delivery.

The new sE DynaCaster is a staple of the podcast’s conversation portions, giving it a polished sound, despite being filmed in a kitchen with no means of sound absorption. The focused cardioid polar pattern keeps background noise to a minimum, while the DynaCaster’s integrated Dynamite preamp maximizes the signal-to-noise ratio, producing excellent results in less than ideal recording conditions.

Megan discusses Nashville’s co-writing culture, being a contestant on The Voice, moving away from California, and then she saves a bug from certain doom!! Check it out!!