Inside the Career of Voice-Actor James Arnold Taylor 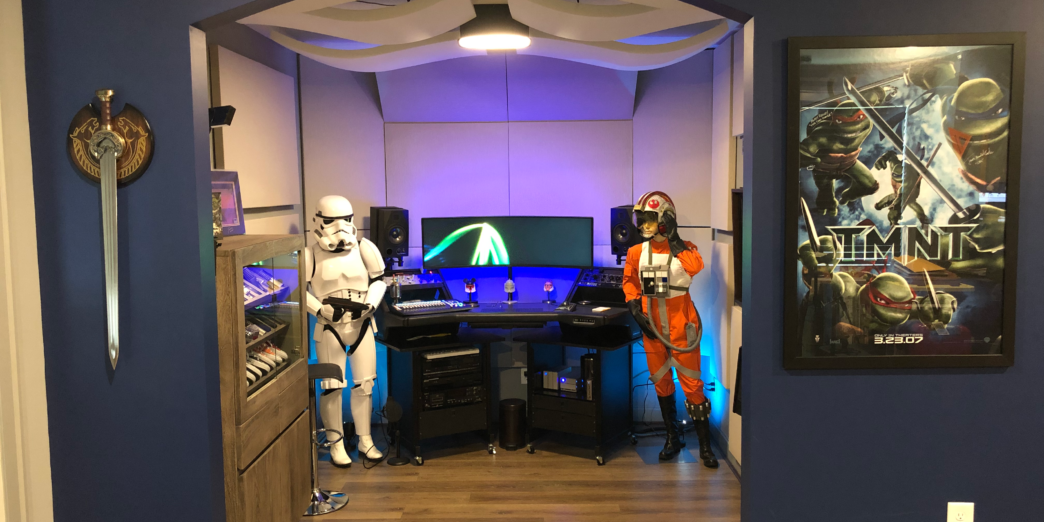 James, tell us a little bit about your career as a Voiceover Artist!

“I started at 16 as a stand-up comic, then got into radio at 17 and eventually became a DJ, station production director, then a comedy writer and producer for syndicated radio, I voiced and produced comedy for stations all over the country from Jonathan Brandmeir, Mancow, Rick Dees, even Howard Stern. Comedy and radio were intentional moves to get me closer to my dream of being a Voice-Actor, that I had since I was a very little kid.

Since then, I’ve been extremely fortunate and grateful to work pretty much non-stop for the last 3 decades, providing voices in some of the biggest movie franchises, including Star Wars, where I’ve played Obi-Wan Kenobi for the last 20 years in TV, film and video games, Ratchet in the video game series, Ratchet & Clank, Tidus in Final Fantasy X, Johnny Test, Fred Flintstone, Spider-Man, The Flash,

Magneto, Green Arrow, Young Doc Brown in the Back to the Future video game series, even Leonardo the Ninja Turtle for the 2007 feature film, “TMNT”. I’ve also been lucky enough to be the voice of Fox Animation Domination, telling you, “The Simpsons, Family Guy and Bob’s Burgers are coming up next!”

Voice-Over allows you to be pretty much anything you can create audibly, which is helpful when you’re 5 foot 4, and a hundred and twenty pounds… You can hide behind the voices. I always say I spend my days in little padded rooms talking to myself. Which is also the name of my one-man stage show that I’ve performed all over the world for companies like Disney, LucasFilm, and the USO, which takes you behind the scenes in the life of a Voice-Actor.”

What is a challenge you faced during the start of your profession and how did you overcome it?

Well, I quickly discovered that many people were making assumptions based on my looks rather than my vocal range and abilities. Being a short blond guy that looks like Barney Rubble, but sounds like Fred Flintstone, made some casting directors assume I wasn’t right for a part before they even heard me. So at the beginning of my career, I kept my face relatively hidden and tried to let my auditions and demos speak for me.

After being cast as the voice of Fox Sundays, Fred Flintstone and even Andre the Giant’s voice-double for the Princess Bride Games, people started to get that I had a wider range than expected and could pull off more than just the young hero voice. Ultimately, Voice-Actors are unique “character actors” in that they don’t always look like you’d expect them to and can fill in many roles in a single show.

I am humbled to work with some of the best actors in the business regularly and you’d probably never be able to pick them out of a line up… Unless they opened their mouths!

The second note to that question happened in the middle of my career but was a major setback. Long story but in a nutshell, in 2005, I lost my voice to black toxic mold poisoning. It was a long road to recovery and retraining my vocal cords to be even stronger than before, but thanks to a lot of hard work I was able to recover completely. It was also a great life lesson at how precious our talents are and to hold loosely to them. I had to completely change the way I lived and used my voice looking back I see the challenge was a great strength builder and made me appreciate it all that much more, I am blessed to still do what I do.

What is your favorite sE mic and how do you use it?

Tough question because I am so impressed with the whole line. I have a pair of 4400a’s the new Dynacaster, and NEOM, all of which I use regularly for VO, music and even sound effect recording, but the one that pretty much lives in my vocal booth is the sE2200.

I use it daily for promos for Fox, cartoon sessions with Warner Brothers, Nickelodeon, Disney, Cartoon Network. It’s also the official mic of my podcast, “Talking to Myself,” where every voice on the show is me recorded in real-time, so I needed a mic that would handle the dynamics of each character and still give them their own sound without having to mess with settings between lines of dialogue.

It’s so rich and full in its sound and you can really hit it hard too. Lot’s of my work entails shouting dialogue and even some death screams in video games, but I see this all as a variation on singing in many ways, which is why a large-diaphragm mic like the 2200 is so great for VO.

When I first got one, I put it up against all the top mics in my studio, Neumann, Sennheiser, Gefell, Audio Technica and while they are all awesome mics and considerably more expensive, the end result was the sE2200 gave me the best sound for my voice and range consistently, so it stays in the booth for just about everything I do these days. It performs in VO work beautifully, I’ve recommended it to many friends and they all love it too. It’s a beautiful mic on top of that. AND at such an excellent price point, it’s a super addition to any studio or performer, novice or pro.

Any tracking tips or industry advice for aspiring Voiceover artists?

The beauty of recording in the “digital age” is you’re not dealing with the line noise we had back when I started in the 80’s with all the analog gear if you recorded at lower volumes. Since I am my own engineer most of the time these days recording from my home studio, I tend to keep my pre-amp lower in a VO session so I can hit the mic hard when I need to, but still get close for those quiet or whispered lines without having to jump out of the booth into the control room every time there’s a change in character or volume.

It also keeps the engineers happy on the other end of the line (usually via ipDTL or Source Connect software for patching into studios remotely) that they’re not getting clipped or distorted tracks sent to them. DAWs make it easy to adjust the trim/gain after the fact, so long as you have a solid-sounding space without a lot of room noise.

It’s just like in film, you can have a beautiful camera shoot the highest resolution footage, but if the sound is bad…No one wants to watch it. So, make sure you have a solid sounding space, clean and simple into your audio interface and pre-amp. Don’t compress or EQ when tracking, do it after the fact in your DAW, and again it will allow for more flexibility in post.

As far as advice for aspiring artists…Love the work, and be thankful anytime you get to get on a mic to perform. I honestly say a prayer of thanks each time, as it’s a great joy to provide little breaks from reality for people with entertainment, music or art. Without it all I’d not be who I am for sure. I always tell up and comers to study and know what your voice can and CAN’T do, don’t push it if the voice isn’t in your actual range, you can do long-term or permanent damage if you’re not careful. The other thing is to learn to like the sound of your own voice. We all hear ourselves differently than everyone else hears us, so listen back to it as much as you can and get used to it, it can be a great tool in your journey and creation. 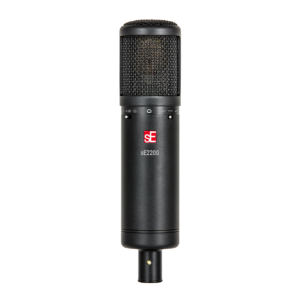